Discover the most important details of World Cup 2022!

Discover the most important details of World Cup 2022!

All you must know about World Cup 2022

Getting ready for World Cup 2022? Tickets ‘sale has begun!

Now you can start planning your travelling to Qatar and packing your luggage! One of the most wonderful aspects about his World Cup edition is that will be held in a Middle East, an awesome touristic place to schedule a huge soccer event like the World Cup 2022.

This 2022 FIFA World Cup tournament will be held from November 21st to December 18th in the Middle East country, where 32 teams from around over the world will perform on the most amazing soccer field ever seen!

As most of us know, FIFA decided to schedule the event in November due to the high temperatures from the Arabian Peninsula in summer. Therefore, ticket sales have also changed their usual dates and will be made in the same World Cup year.

Consequently, World Cup 2022 will be one of the most anticipated sporting events of the year and fans wishing to attend the games in Qatar. Since last Wednesday, tickets’ sale has begun. According to media releases, the tickets for the 64 matches of the tournament can be purchased through the FIFA website, which expects a huge demand as every four years, so some problems on the portal are not ruled out.

Qatar, Germany, Denmark, Brazil, France, Netherlands, Croatia, Spain, Belgium, Serbia, England, Switzerland, and Argentina have already qualified to this World Cup 2022. From the list, England, Brazil, France, and Germany get the best winning odds. However, there are 19 pending teams to qualify in the next months. 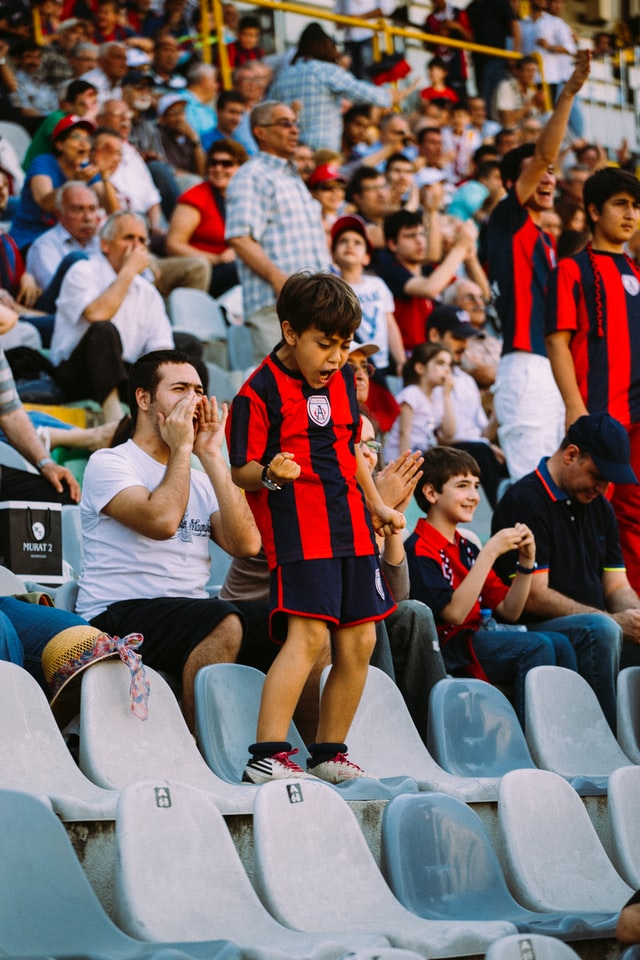 Prizes of the World Cup 2022 tickets

Many people from diverse nations are getting ready to go to Qatar in November and experience the best of soccer worldwide. If you are into it, we show you which choices you can pick in case you are planning to go to Qatar World Cup 2022 matches.

According to FIFA, there are four alternatives to purchase tickets for the World Cup 2022 games: per team, per match, per venue and per final round. Check out which alternatives FIFA offers for soccer fans:


What are the eight venues of the Qatar World Cup 2022?

The most relevant sportive event in Qatar’s history is coming soon and they are getting ready for this! The venues are within a 55 kilometers radius from Doha that will make it such a convenient place for soccer fans.

Unlike the last competition, the fans who will attend the World Cup 2022 can stay in one hotel and attend games in the diverse host stadiums without flying between cities or taking overnight trips. In addition, most of the venues are being specially built for the World Cup 2022.

Nothing more singular than Al Bayt Stadium! A giant and amazing tent covers the entire structure of this ground, a reminiscence of the tents that were used by nomadic people in that region. After World Cup 2022, the stadium structure might be donated to a developing country since it is a portable building. 60,000 people are expected to attend matches in there, which will host one of the semifinal soccer games.

The stadium is in Al Khor, a city which is located about 35 miles north of Doha. This is a costal city with so many beaches, parks, and mangrove forest where you can make tourism. According to trip advisors form the region: “It’s a smaller city but offers plenty for visitors to enjoy. The seafront corniche makes for a scenic walk and the popular Purple Island is a wonderful conservation area worthy of exploration”. 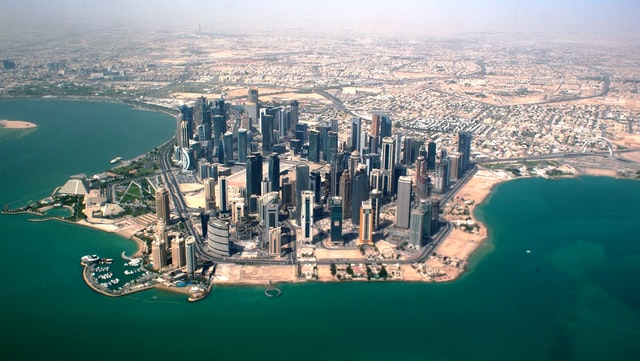 Al Rayyan stadium – The second one

As most of the World Cup 2022 venues, Al Rayyan Stadium was built in a modular and sustainable design. This huge arena will house 40,000 available seats for the World Cup 2022, most of them are expected to be donated to other projects after the tournament. Moreover, this new stadium was built on city’s Ahmed Bin Ali Stadium. It’s Al Rayyan SC soccer team’s most treasured home!

Citizens from Al Rayyan city feel so passionate about sports, especially football matches. On the other hand, this Qatari city is considered part of Doha metropolitan region and offers incredible attractions which include great museums, world-class shopping, heaps of restaurants, and so many cultural sites and attractions.

Most fans think Al Janoub is the most amazing stadiums for the tournament, boosting a futuristic architecture design. If you want to have a nice staying while watching the World Cup matches, you can do it there since it provides new amenities such as cycling, running tracks, restaurants, and gyms.

This city has developed into one of Qatari urban centers, locating just in the South part of Doha. This city offers historic architecture; its most popular attraction is Al Wakrah Souq, a market with dozens of stores and restaurants on the coastline.

Khalifa International Stadium offers 40,000 seats for soccer fans, being one of the two existing stadiums where matches will be held. It was built in 1976, undergoing many improvements since then. Currently, it was renovated in 2017 to include the addition of a high-tech cooling system to make sure that soccer audience and players can feel comfortable for the World Cup 2022 games as well.

Conforming to trip advisors’ criteria, “Qatar’s capital city of Doha is one of the wealthiest cities in the world. It’s also becoming more and more well-known as a world-class travel destination and it’s no wonder why. Doha has all the ingredients for a travel hotspot: luxe five-star hotels, incredible shopping, unique cultural attractions, and innovative restaurants”.

This stadium will house 40,000 people for World Cup 2022 games and it was designed to resemble a gahfiya (the traditional Arabian woven headwear worn by males). After World Cup, 20,000 seats will be removed to be donated.

Located in Doha’s Education City area, it is just seven kilometers from the metro via. The amazing structure of the stadium was designed with an incredible geometrical pattern that filters and reflects the light. This visual effect represents a diamond in the desert.

This is the Education City Stadium, the third completed venue for the FIFA World Cup 2022 in Qatar. Dubbed the "Diamond in the Desert," it was completed in June and is one of eight that will be used for the competition. It was the latest stadium to open for the FIFA World Cup 2022. Being built on the site of the original, the new design is described as the "place that tells the story of Qatar". 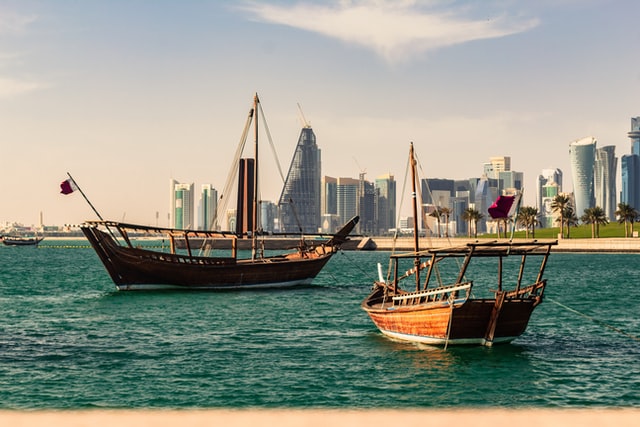 An interesting fact about this venue is that the number 974 represents Qatar’s international dialing code and is the number of shipping containers that were used to build the stadium. Furthermore, this was the first dismountable stadium to be built as a World Cup venue.

According to architects: “This is a great example of sustainable infrastructure, being constructed in a modular format which allows it to be transported and reassembled in a different location or even converted into smaller structures later”.

The Lusail Iconic Stadium has the highest capacity (an estimate of 80,000 soccer fans) from all the eight World Cup 2022 Stadiums and it is in the city of Lusail. The Lusail Iconic Stadium will have a roof covered by solar panels, which will also provide electricity to the surrounding areas. The central part will open or close depending on weather conditions. Moreover, it will have a cooling system and six bridges to enter, as it will be surrounded by water. 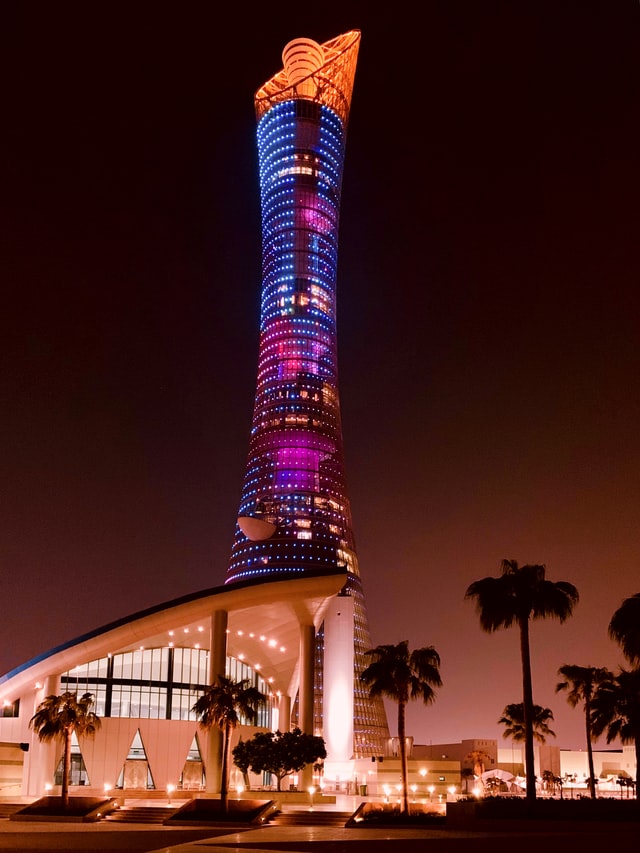 Weather control during the World Cup 2022

World Cup 2022 organizers are having everything under control, including the climate. They are making sure that high temperatures won’t affect football fanatics, who can officially get excited about the event.

FIFA has said that the World Cup emblem is meant to symbolize the vision of "an event that connects and engages the entire world," to show the culture in which the sportive tournament takes place.

According to organizers: “The new emblem is white with distinctive brown markings that are both floral and geometric. The shape is supposed to resemble the number eight for the number of stadiums that will host the soccer matches, and the infinity symbol, to signify the "interconnected nature of the event."

At FIFA's 71st congress, held this Friday in Switzerland, the most important news was about the following World Cup events. It was mentioned that the world soccer governing body will study the possibility of organizing the World Cup every two years.

Gianni Infantino, President of FIFA, explained why this could be a good idea, but the committee is always wondering if the World Cup might be held every two years. Now, let’s check out where the next World Cup will be hosted and the previous details for the next tournament.

Which country will host the next World Cup in 2026?

FIFA is already working on the organization of the 2026 World Cup. The 2026 World Cup will be held in the United States, Mexico and Canada and will have the participation of 48 teams, a modality in the World Cup competition format. The organizers proposed 23 cities in the three countries for FIFA to choose 16 venues.

The ten confirmed and final U.S. cities were expected to be announced at the start of 2021, but conforming to some FIFA officials, many of the cities were inconvenienced by the pandemic, so the decision will likely be made known in the summer or fall of next year.

"In our discussions with the three federations and the candidate cities, we have perceived a great commitment and enthusiasm to offer the whole world a unique experience inside and outside the stadiums.

The 2026 FIFA World Cup will be a historic edition, both in terms of being the first with 48 teams, and in terms of contributing to FIFA's goal of developing soccer in all aspects and making it truly global," Colin Smith mentioned, manager of FIFA's Tournaments and Events Division.

FIFA is getting ready for World Cup 2022; at the same time, they are organizing the next major tournament with all the details. On the other hand, FIFA is considering scheduling the next World Cups each two years to make this tournament more rentable for players, sponsors, and organizers.

Even tough, we are exciting since World Cup 2022 is coming soon, 13 teams have qualified and there are some nations pending to classify, but January, February and March are vital to define which teams will perform during next World Cup.

On the other hand, it does not matter if we are going to travel to Qatar or if we will watch football matches on television, this tournament makes people get together from around over the world. Let’s enjoy the best of soccer this 2022!

The history of FIFA World Cup