South Koreans will wave their flag this 2022 in Qatar, joining to 14 more nations which qualified before! It’s so exciting to see more countries qualifying on the next soccer rounds since FIFA World Cup always joins us as only one nation since soccer makes us feel passionate about watching players giving their best on the field every time.

South Korea qualified to the 2022 FIFA World Cup after beating Syria 2-0 on Tuesday. According to media, the South Korean team joined Iran as Asia's first representatives to the World Cup to be held from November to December this year with 20 points and second in Group A.

This is the 15th team which has qualified to attend this World Cup 2022 (November 21-December 18, 2022), preceded by Iran, Qatar, Argentina, Brazil, Denmark, Germany, France, Belgium, Spain, Serbia, Croatia, England, Switzerland, and the Netherlands.

South Korea’s qualifying match was so exciting. In the 53rd minute, Kim Jin-Su scored the first goal making all South Koreans stand up and shout out! Then, in the 71st minute, the South Korean team had booked their ticket to the World Cup when Kwon Chang-hoon scored the winning goal with two games left to play and 11 points ahead of the United Arab Emirates.

South Korea has become the second Asian nation to qualify. Last Friday, Iran was the first team to qualify for the World Cup and it will be on the next FIFA date that the two teams in Group B, where Saudi Arabia, Japan and Australia are competing, will be defined.

Moreover, you can start getting ready for the next matches when the two teams that get the third place in each group respectively will be also defined to play a game to decide who is going to the International Playoffs against the fifth team of CONMEBOL, South American Football Confederation.

On the other hand, the next Asian countries that might qualify very soon are United Arab Emirates, Lebanon, and Iraq from Group A, as well as whoever is left out among Saudi Arabia, Japan and Australia, from Group B.

Next qualifying rounds around over the World

As mentioned before, 15 teams have qualified to the World Cup 2022. However, the other teams will define their luck in the next few days or in playoff series. Even though, World Cup 2022 will bring together 32 nations to give their best on the field to lift the FIFA World Cup!

Therefore, let’s check out what the rest of the teams around over the world are doing! According to several sources, in the European zone, out of 55 teams that entered the qualifying tournament, 10 out of 13 spots have already been filled, the other three will be defined in a playoff.

“With Denmark, Germany, France, Belgium, Spain, Serbia, Croatia, England, Switzerland, and the Netherlands having qualified, only the ten teams that finished second in each bracket (Portugal, Sweden, Italy, Ukraine, Wales, Scotland, Turkey, Russia, Poland, and North Macedonia) and the two best non-qualify teams from the Nations League (Czech Republic and Austria) will participate in a playoff in March”, media reports said.

In addition, the twelve were divided into three groups of four teams. Each of them will host semifinals (March 24th and 25th, 2022) and a final (March 28th and 29th, 2022). The last three European tickets will go to the winners of the three finals.

However, we have strange surprises for this World Cup 2022 since two of the most remarkable teams might not travel to Qatar since Italy missed out on the World Cup finals in Russia 2018 and Portugal which was in the same playoff group:

“At least, one of the Old Continent's powerhouses will not travel to Qatar, as Italy, the reigning European champions who already missed out on the World Cup finals in Russia-2018, and Portugal, continental champions in 2016, were drawn in the same playoff group”, media news have said.

On the other hand, South America is expecting which countries will qualify to Qatar 2022. The only South American countries which have qualified are Brazil and Argentina, but Peru, Uruguay and Ecuador are pending to qualify this 2022:

“In South America, which allocates four direct places and one play-off, only Brazil and Argentina are assured of a ticket. Ecuador, in third place, was one point away from the World Cup, after failing to qualify and drawing with Peru (the fourth place) in Lima. Peru and Uruguay are close to sharing the last direct qualification place and a place in the international playoff with Colombia and Chile”, news mentioned.

On the other hand, CONCACAF grants three direct berths and a playoff against a team from Oceania. Of the eight teams playing in the round of 16, Canada is one win away from sealing its ticket and the United States and Mexico (both with 18) are the favorites to qualify directly, but Panama (17) and even Costa Rica (13) can still qualify in next matches.

How to win the lottery online india: some useful tips for you

These weeks are decisive to define which Latin American will go to Qatar. Even Brazil and Argentina are considered the best Latin American soccer teams ever seen on a field since they had won World Cups in past editions and they still have good performance at the soccer camp, we do not know which surprises Ecuador, Uruguay and other countries can give us this World Cup 2022.

What about Africa and Oceania?

Soccer fans are also expecting what’s going on with Africa and Oceania. In Africa, there are no qualifiers yet, but the final stages to give the five slots are ready: Cameroon-Algeria, Egypt-Senegal, Mali-Tunisia, DR Congo-Morocco, and Ghana-Nigeria. We will find out very soon which countries will travel to Qatar!

However, as we mentioned before, Oceania hasn’t got qualifiers yet: “Oceania also has no qualifiers since it is waiting for the fourth place of CONCACAF to define its attendance or not to the Qatar 2022 World Cup”, media news said.

Even tough, Africa’s and Oceania’s teams are getting ready for the next qualifying rounds, expecting to represent their countries in Qatar. The next three months will be vital to define which countries will wave their flags at Khalifa International Stadium, the main venue of this World Cup 2022 in Qatar.

Predictions of the World Cup 2022

What makes soccer more exciting is the possibility to bet on your favorite teams, countries, and players. Currently, Brazil, France, England, Belgium, Spain, and Germany are the teams which have the best odds. Even tough, the results of the next qualifying rounds can make the odds change or keep the same.

On the other hand, if you want to start betting on the World Cup 2022, you can consider other features such as the results of a match, the number of goals a player can score, the teams who can be defeated, etcetera.

Therefore, if you are willing to bet on the World Cup, you should consider all the mentioned features. In addition, you can also bet on qualifying rounds in the next weeks. So, let’s check out some expert advice about how to bet on those soccer matches.

The first thing you should know about these World Cup 2022 qualifiers is that they often generate a lot of goals. During the qualifiers for the last World Cup in Russia, the average goals per game was 2.94 in the European (or UEFA) zone.

According to experts, an average that could continue to rise during these new qualifications. For your predictions on these qualifiers for the 2022 World Cup, therefore, favor the "Over 2.5 goals" at bookmakers, often accompanied by good odds (around 1.80). This type of bet was validated in almost 55% of cases during previous qualifiers.

Moreover, experts advise you to avoid betting on the "Both teams will score" bet in these Qatar World Cup qualifiers. While the odds can often be interesting, the bet only passed in 38% of matches in the previous edition. Often, the leaders leave nothing to chance in these qualifying phases. In fact, the presence at the FIFA World Cup is too important.

Finally, the percentage of home wins. In the last FIFA World Cup qualifiers, home teams won 47% of their matches. To fill the gap, 17% of matches ended in a draw, then 36% in an away win. When in doubt during these European Zone qualifiers for the 2022 FIFA World Cup, it is best to favor and give the win to the home team. So, odds can sometimes be fascinating in big matches. 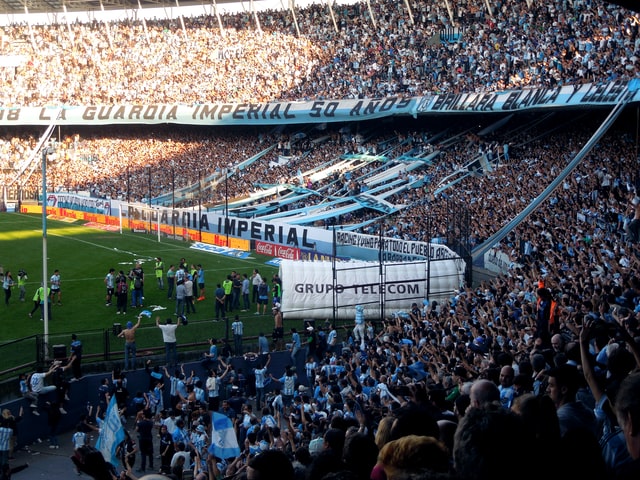 How to make predictions on World Cup qualification matches?

If you want to make accurate predictions, you must review the formations of the teams and pay special attention to the physical condition of the teams. For example, if Italy has not won in 5 games and Bosnia stands with six consecutive wins, you may need to reconsider your bet and bet on an outcome in favor of Bosnia.

“Other determinate features are the same lines, form and the presence/absence of an important player will be determinant for some bets, especially for smaller teams. If an important player is injured or suspended, it might not be necessary to bet on that team. This may be a little less true for nations with a large group such as England, Germany, or France, but it will make a difference when making a prediction against a "smaller" team”, betting experts say.

So, you must pay attention to the ranking and the actual motivation of players and nations to win a match. If a team is already assured of finishing first or last in a group, it may be necessary to bet on the opposing team, possibly more motivated and involved in the game in question.

Finally, it is crucial to analyze the different odds present in all bookmakers in the market. By comparing all the bookmakers and betting with the one that offers the best odds for your bet, you will increase your winnings significantly.

In fact, it may seem like a small loss at the time, but trust the experts, it will affect your winnings: “Given that 10 days are scheduled during these 2022 World Cup qualifiers, you will quickly understand the additional sums you can earn by betting on the higher odds”, experts mention.

If you are interested to bet on the long term, betting on the rankings of each group could be a very interesting venture for you and could allow you to make more profit in the long run. To bet on these final rankings, there are different points to consider.

Experts say that it will be necessary to analyze the physical condition of the main players. For example, Germany has not been the same since 2014, and some of its main figures are no longer selected. Therefore, it is necessary to analyze and see if the squad is still qualitative, at least enough to finish first in the group the national team is in.

Furthermore, betting on the World Cup 2022 requires to analyze the last qualifications and the last runs of the nations during the previous competitions. Although there are surprises, it is often the big nations that finish at the top of their qualifying group. Often the big nations are at the top of their group in these World Cup qualifying rounds, especially the European teams. 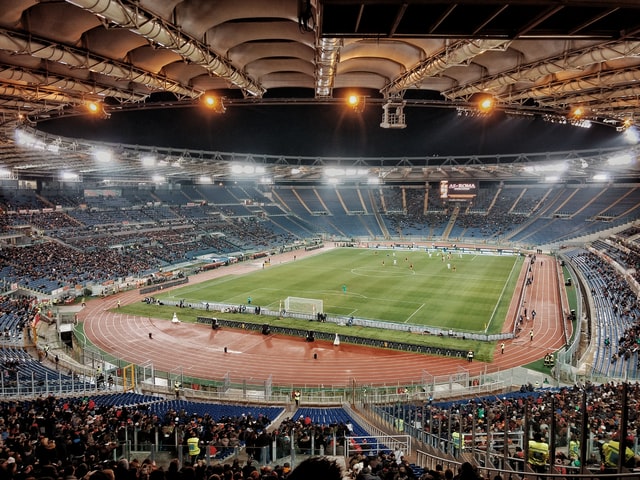 Recommended articles:
How to understand soccer before betting on the World Cup 2022
The history of FIFA World Cup